As his Father’s Day present to me that year, my 25-year-old son, Eric, had suggested we ride my then-current bike, a 2000 BMW K 1200 LT, on a tour of Kansas City’s motorcycle dealerships starting with his choice, our local Ducati shop. I knew, of course, that this whole process was to look for a bike for him. Having sold his Honda CBR600RR a few years earlier, he’d been jonesing for a replacement for some time. But, without his own ride at that moment, Eric sat pillion on my BMW “motorhome” as we visited each brand of dealership throughout the metro, identifying several possible rides that might suit his fancy. 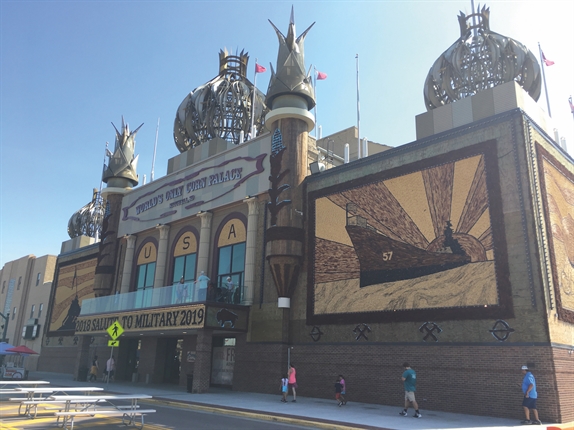 When we finally arrived at Engle Motors, our local BMW/Triumph dealer and last stop that Saturday, all it took was one look at the silver-on-black rocket ship that BMW had just introduced and I was hooked. In the blink of an eye (and certainly without consideration of any home-front consequences), I signed on the dotted line, and soon after Eric was riding the K 1200 R home on my behalf, most likely wishing it was his and thinking this was not the outcome he had hoped for that weekend. The thought of this thoroughly selfish decision on my part still makes me wince a bit, hindsight being 20/20. A few months after bringing the K 1200 R home, the K 1200 LT was quickly sold.

Over the following years, Eric bought and subsequently sold his own Kawasaki ZX14 after moving with his wife to Washington State. Seven more grandchildren were added, bringing the total to eight, and for a recent two-up long-distance ride to Montana, I unexpectedly came into possession of a used ’03 Harley Davidson Ultra Classic Anniversary Edition from a friend who simply wanted to off-load an extra motorcycle he had lying around his garage. 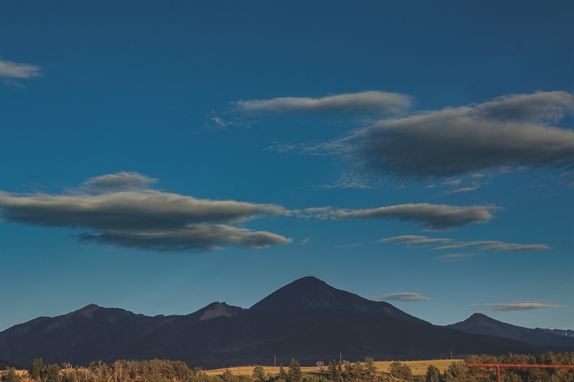 All the while, though, I continued to put mile-after-mile on my little K 1200 R speedster with trips to the Northwest corner of Arkansas, to Barber Motorsport Museum in Birmingham, to southern Virginia to see my daughter Heidi, around a loop back home over 320 miles of the Blue Ridge Parkway, the Tail of the Dragon and the Cherohala Skyway and to many, many more destinations—some 49,000+ miles, all told—through the spring of 2019.

What a great bike the K 1200 R has been for all those years, fast and nimble with a fairly low cost of ownership, at least by BMW standards. But, as time marches on and bodies age, mine was slowly losing the ability to stay comfortable on the K much longer than an hour at a time. Yet, I could straddle the Harley for the full 200 miles its fuel tank would accommodate. 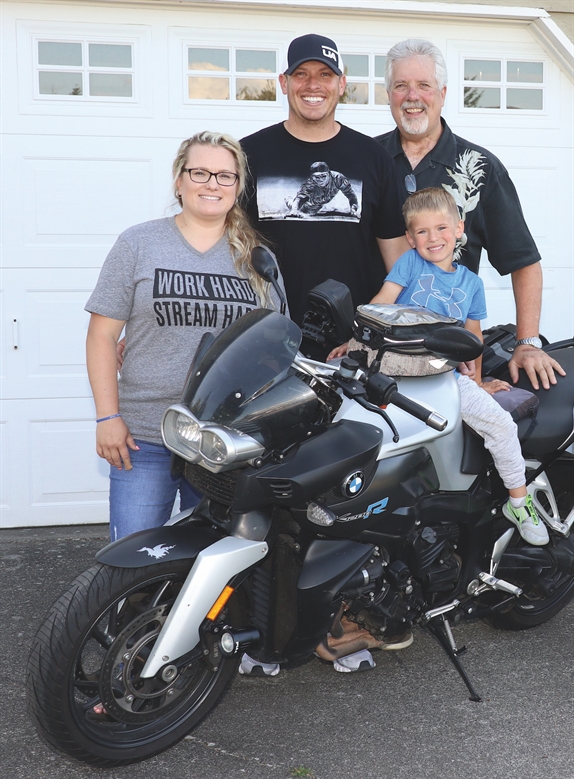 In early 2018, I quietly started laying plans to hand the reins of the K 1200 R over to Eric later that year. And what more natural way of doing so than by a long-distance trip from Kansas City to his home in Lynden, Washington with Eric riding the K and me on the Harley.

Unfortunately, God had other plans for us both that year, and the trip was postponed until 2019, which happened to more appropriately align with Eric’s 40th birthday. What a great birthday present!

We finally locked in the dates of July 18th to July 28th, 2019, started assembling necessary gear and planned reasonable destinations for each night of the ride.

By the 1st of July, all our plans were formalized, and we were in the middle of the final countdown. Eric was to arrive late Wednesday evening, July 17th, via non-stop flight from Seattle with his helmet and the seat bag I had previously shipped him, pre-packed and ready to saddle up on the 18th. All other gear had been shipped to my house awaiting his arrival. 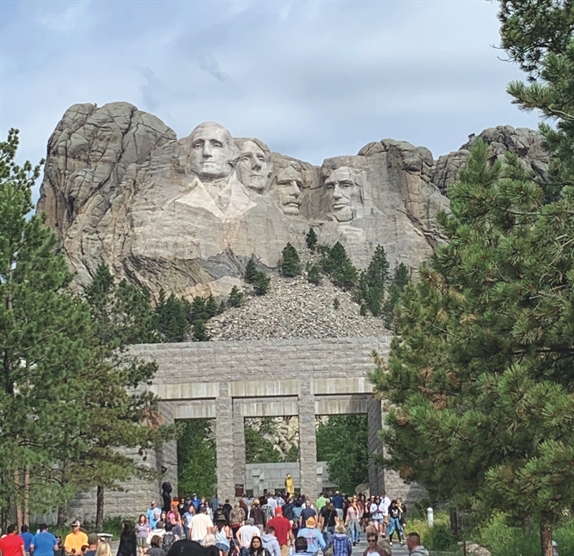 Once again, though, God had one more curveball to hurl our way. Eric was suddenly advised he might be sent out on an urgent, month-long assignment just before the start of our ride and spent the better part of his weekend prior to our trip working through the mix-up and getting final approval for his vacation one last time.

July 17th finally arrived, and Eric landed in Kansas City that night and immediately began putting into motion his preparations for our next day departure. On the other hand, I had been packing and prepping for the last week, hoping to get us both off as scheduled. 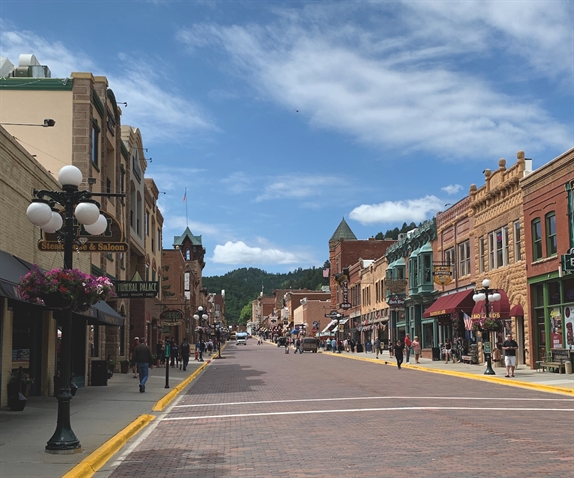 Setting out mid-afternoon on the 18th, we headed north from Kansas City to and across South Dakota, into Wyoming, up through Montana, Northern Idaho and across Washington State, arriving at Eric’s home on July 23rd. Along the way, we visited the Corn Palace, The Badlands, Wall Drug, Mt. Rushmore and Deadwood, rode Spearfish Canyon and the Beartooth Pass into Yellowstone National Park while bighorn sheep and bison crossed our paths. We stayed with my older brother David and his family in Livingston, Montana, circumnavigated Coeur d’Alene Lake in Idaho and rode State Highway 20 over the Cascades of Washington State. We ate pizza and elk, eggs and pastrami, cake and more pizza. Though we planned and packed to camp out each night, we instead enjoyed the luxury of hot showers and clean sheets. All-in-all, a darn good run covering just over 2,200 miles in 5 1/2 days.

When I awoke that Wednesday morning, July 24th, after a lovely evening with my son and his family, I was gripped by a level of anxiety I hadn’t expected. How could I just turn around and head home without spending some quality time with my 5-year-old grandson, Brayden, whom I hadn’t seen in over a year? They grow so darn fast! In a last-minute decision, my return home to Kansas City would have to be delayed by a day. So, while Alicia went to work, Eric, Brayden and I painted Bellingham red, stopping for lunch at Sonic, spending an hour at the trampoline park and finally dropping by the local BMW shop in Ferndale, Washington, to ogle some newer hardware.

After a great home-cooked dinner and an added night’s rest at their home, I left Eric and his little family with their newly acquired 2006 BMW K 1200 R Thursday morning, July 25th, around 8:00 a.m. and headed back toward Kansas City. My original plan was to follow a more southerly route through Utah, Colorado and Kansas, but due to the extra day with family, I was forced to retrace our original route, the shortest possible distance home, only switching up State Hwy 20 for US Hwy 2 across central Washington State to further speed my return.

Having to account for one lost day of riding earlier in the week, I needed to make up 400 miles in my bid to arrive home at anything approaching a reasonable hour on Sunday. I pushed through from Livingston, Montana, all the way to Sioux Falls, South Dakota, putting me right at 800 miles for that day. This allowed me a leisurely 374-mile ride home on Sunday, which had me pulling up to the garage at 2:15 p.m., as planned; total round trip: 4,300 miles and change.

I must admit, since my return home my heart has occasionally been wrapped in melancholy. Melancholy for the fact our momentous ride, “Eric & Dad’s Big Adventure” as it grew to be called, was over. Melancholy for the distance between my son, his family and my life in Kansas City. And melancholy, certainly, for leaving such a good friend as my BMW K 1200 R behind, though I have every confidence that those reins are in capable and caring hands.

Keep the rubber side down, my boy, and Happy 40th Birthday! 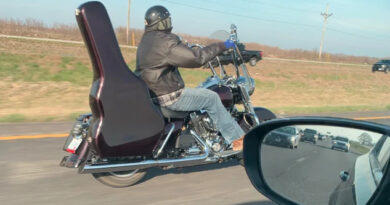 What actually IS the best motorcycle song? 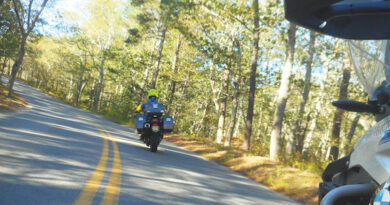 Cape Cod: When the coast is clear