This is the euphemistic phrase a riding buddy used for the first pee break on a trail ride, explaining the rest of the outing would be punctuated more frequently by such stops. Maybe that’s a middle-aged bladder thing, or a function of pre-ride hydration taking time to reach the kidneys, I don’t know. Upon reflection, I appreciated the validity of his observation.

Further reflection, which I also can’t stop once it starts, revealed a much broader application of this metaphor. Many behaviors flow freely after a period of reluctance is disrupted. Take, for example, my use of the little Moleskine notebook in which I now jot down ideas for my articles. Although I bought it many months ago, it remained virginal until just recently. I’d continued to scribble thoughts on paper scraps as I’ve done for years, never feeling any were worthy of being the initial entry in the new log. Once I allowed myself to sully that first page, my resistance vanished and subsequent use followed effortlessly.

It’s harder to overcome the inertia of an object at rest than to maintain its momentum, once it’s in motion. Something similar occurs in terms of static and kinetic friction, in that friction—the fight against motion—decreases once the battle to get things moving has been won. The same is true again in psychology. This is why so much sage advice focuses tightly on initiating action, from Lao Tzu’s “The journey of a thousand miles begins with one step,” to Nike’s “Just do it.” 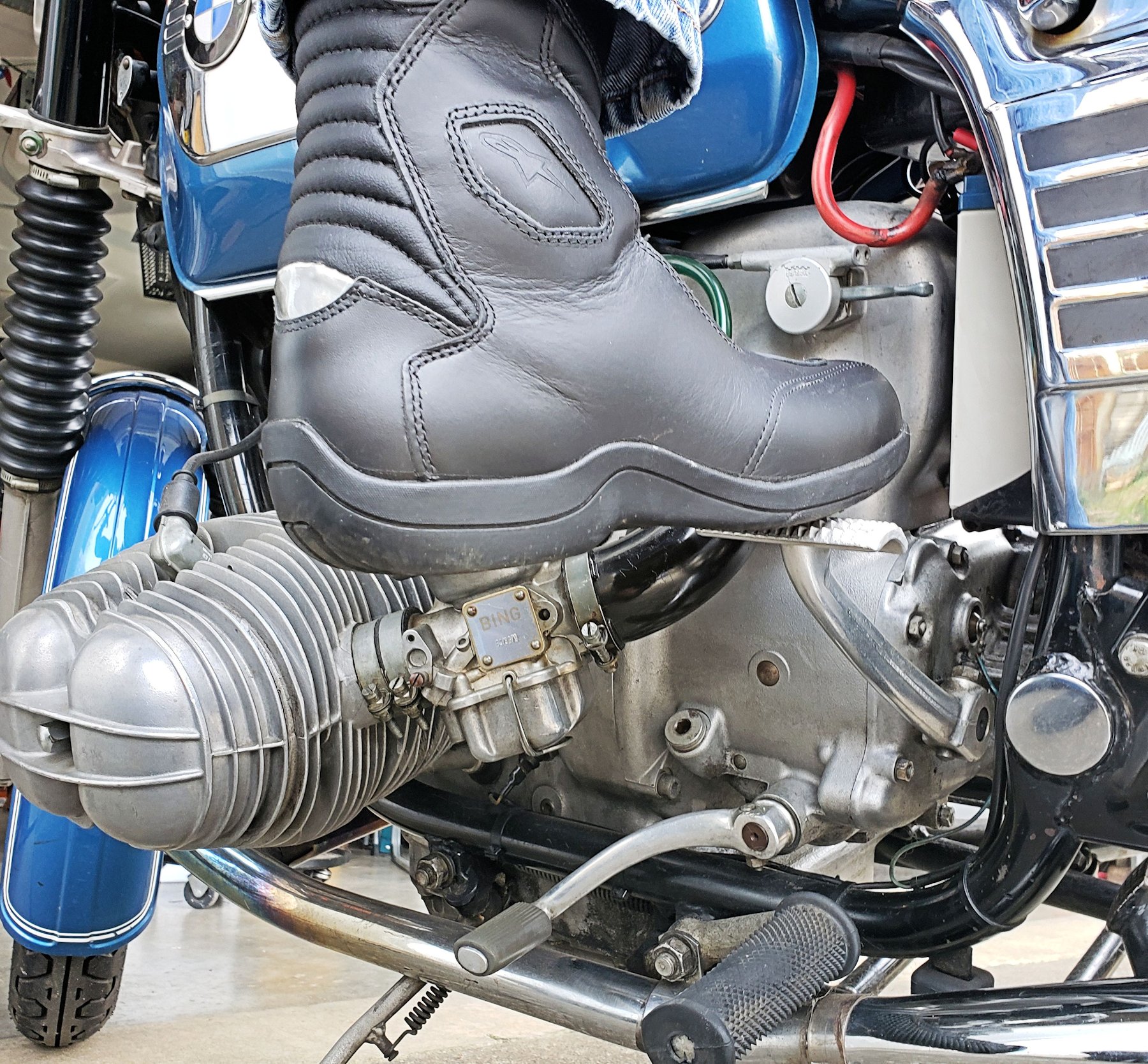 It turns out there’s a great deal of friction to overcome within the human psyche, largely because of myriad conflicting motivational crosscurrents inside each of us. We’re rarely clear on all the competing vectors involved, but we may be painfully and frustratingly aware of extreme difficulty taking action on matters that seem obvious in importance. We frequently want and don’t want the very same thing, resulting in a type of paralysis that mystifies us when the opposing forces aren’t readily apparent. The value of psychotherapy is often its ability to illuminate such blockages. Perhaps we’re afraid in ways we don’t want to admit, even to ourselves, or we aren’t willing to accept some loss that would be required, even to make a greater gain. There can also be a perverse investment in the status quo—the pristine state of non-doing, like with my notebook—that confounds the simplest intentions.

Almost everyone that enters psychotherapy with me professes some desire to change, if not their behavior, then at least their perspective. Yet even with much time and effort, change may come at a glacial pace. It’s always a far more arduous undertaking than anyone imagines at the outset; if they knew up front what would be involved, many would never have begun the process. Personality is a collection of tightly woven knots that do not reconfigure quickly or easily. Ideally, people are motivated enough by their progress and our alliance to follow through despite the emergent challenges.

On a smaller scale, the same principle applies to tackling a procrastinated chore, setting up a new schedule, installing or eliminating a habit, or pursuing some type of deliberate learning. It’s as though even small changes in direction threaten to hurtle us in dreadfully unpredictable new trajectories from which we’d never be able to return. While an element of uncertainty may truly exist, it’s also typically the case that we can change our minds yet again—and again and again—making course corrections as we discover what each new step brings. Any unexpected risks or consequences are likely to be incremental, just as any change is apt to require personal re-dedication on a daily basis until momentum is established.

When people finally decide to take action, it’s often a good strategy to ease into it. This not only allows for careful examination of the results, but it’s also a mental trick – like we’re sneaking something past our contrary motives. A gradual approach, however, can fail if the rewards are too faint to reinforce the new behavior. Hence, the alternative method of giving things an abrupt kick may be the only way to get our motors to “turn over” and continue firing on their own.

I’ve always felt the need to work out regularly to be able to ride how I want off-road. A few years ago, however, I got out of my routine when a highly invasive surgery and lengthy recovery period interrupted the flow of my life. Afterward, I tried to resume exercise numerous times by easing into it, hoping to avoid potential deterrents like lengthy time commitments, excessive soreness, and the discouragement that might accompany finding out just how much fitness I’d lost. Each attempt fizzled out quickly. I wasn’t doing enough to produce any gratifying progress, and it was too easy to bail out with no one holding me accountable. I hadn’t realized before that much of my previous self-discipline was a function of the momentum of consistent habits, rather than a strong will. With my momentum gone, my will power alone wasn’t enough.

Things changed when I eventually kicked harder. I invested in a personal trainer at the beginning of 2020 and met him at the gym twice weekly for three months. By the end of that period, gyms in my area were shut down to mitigate the first wave of the pandemic, but the seal had been broken for me. I was seeing and feeling the benefits of my efforts, and continued working out faithfully (at home) throughout the rest of the year, and even returned to my traditional thrice-weekly regimen, taking advantage of some extra time afforded me by the virus. Now it’s hard to imagine not exercising regularly, and I feel disturbed when I miss a workout, just like I did pre-surgery.

All the time I was sedentary, I knew what I was missing and felt vaguely awful about it, yet I couldn’t get my motor to turn over without a forceful kick-start. Involving another person provided a more powerful spark, too. I’ve noticed something similar at times when I’ve been unable to ride for an extended period. I miss it terribly and tell myself, and anyone who’ll listen, I’m dying to get back in the saddle ASAP. Yet sometimes, when I finally get the chance, I find the necessary preparations suddenly daunting. Bike maintenance, route planning, coordinating with riding buddies, and even just practicing ATGATT can seem like awkward hassles and make me question whether the project is worthwhile – not to mention knowing I’ll initially feel rusty and out of sorts, once underway. I’ve been grateful to have other riders prod me when I might have let opportunities pass on my own. Twenty minutes into those rides, I’m in a state of bliss, wondering how I could have ever considered doing anything else!

The more regularly I ride, the better everything flows. That goes for everything related to riding, as well as the rest of my life, too. Those “hassles” are taken in stride, and become part of the anticipatory joy. Inertia is the enemy. We can help each other overcome it when solo efforts falter. 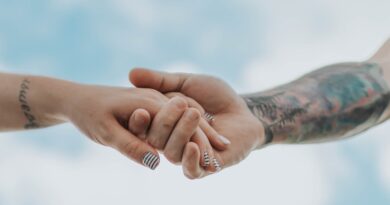 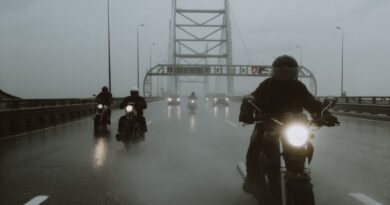 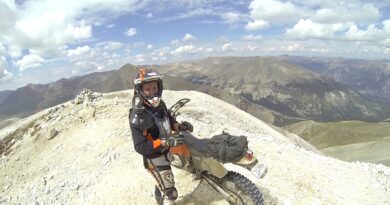 The call of the open road (redux)