Today, for the first time in my 10 years of riding, I waved at a scooter. A friend of mine once did that years ago arguing, and we teased him that he couldn’t tell it wasn’t a motorcycle. I have made plenty of riding mistakes over the years, but never that one.

It began while I was hunched over in a parking lot testing a new Dynaplug air pump. When I heard a two-wheeled honk behind me, I turned around to see a young guy on a scooter wave and then stop beside me. He was very friendly and soon began asking me questions about my BMW as he explained his story of starting with an electric scooter but needing more power and making the switch to gas. Noting that his next upgrade would be to a motorcycle, I was quick to recommend one of BMW’s modern and affordable 310cc options. 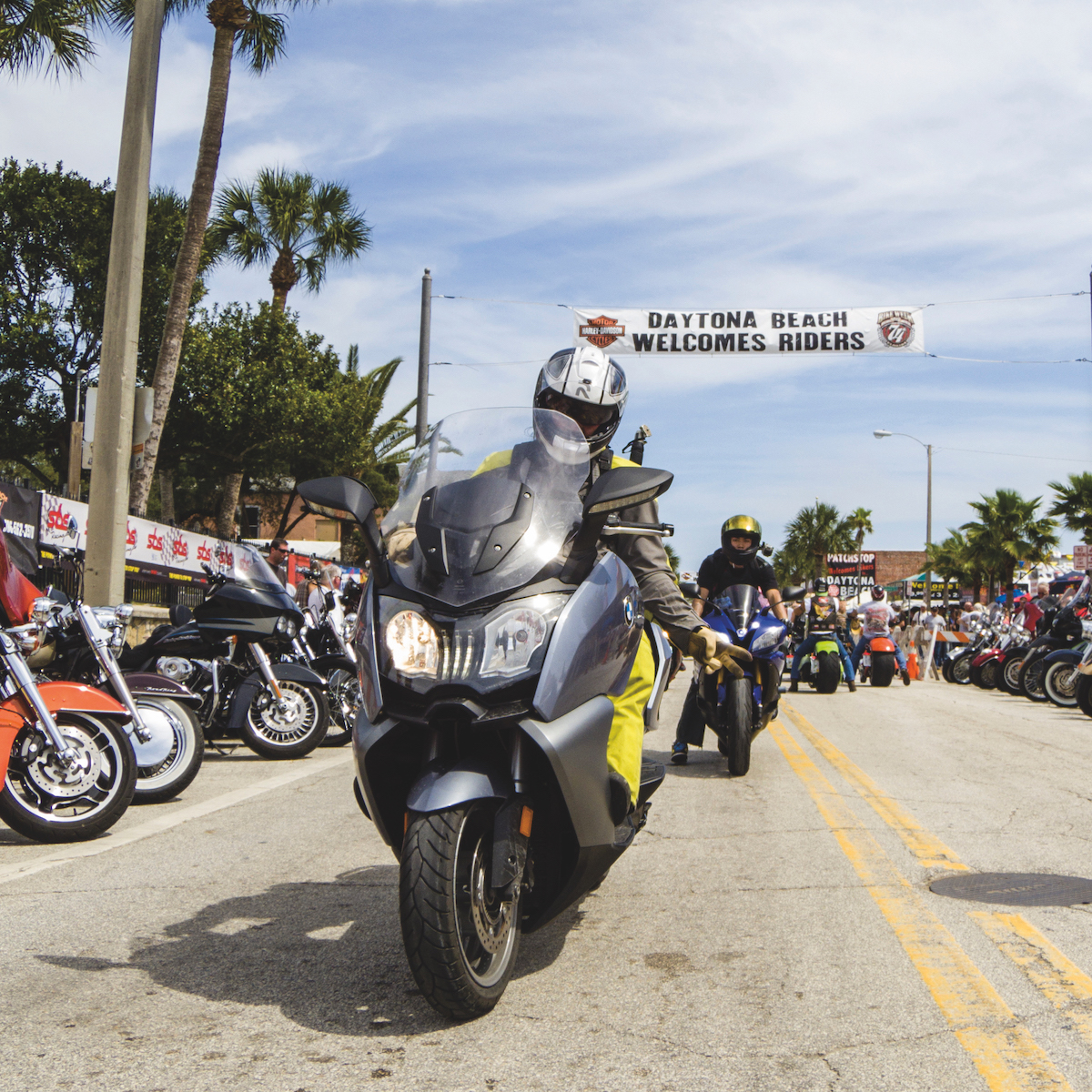 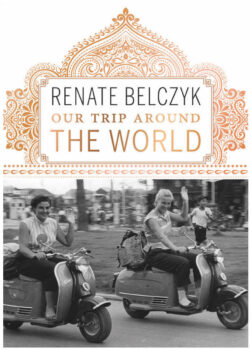 It felt awkward at first, that a scooter rider viewed himself at the same level as a motorcyclist. But then, what kind of scooter rider tells tales of “round the world” travel like Renate Belczyk does in her book Our Trip Around the World:

”After struggling for several hours we reached a river and wondered how we would cross it. However, that proved to be no problem, as some men came along with a raft and, with much laughter and noise, took us across. Not long afterwards we came to the next river. This one had a bridge, except it had just caved in under a heavy vehicle. It took a lot of combined effort to first take one [motorbike] and then the other across. Then we came across yet a third river…Finally, dirty, dusty and sweaty, we reached the town of Raxaul on the Nepalese border…”

Nonetheless, my new friend’s excitement and hope to one day have a proper motorcycle was undeniable, and I was reminded of a Chasing the Horizon podcast where Wes Fleming interviewed Hammy Tan, who has completed numerous Iron Butt Association challenges and put endless cross-country miles on scooters.

It’s strange, my day started off as an innocent lunch-time ride to test an air pump, but soon became an introspective analysis of the stigma attached to waving at scooters. I became aware of how serious scooter culture can be before hearing that podcast when, few years ago at the Tail of the Dragon, an older gentleman struck up a conversation over coffee. He had an extensive two-wheeled background with many different makes and styles of motorcycles, but at his current age he stuck mainly to a scooter. If you’ve never seen a Suzuki Burgman, a fully-dressed model approaching you on a road could easily lead to an accidental motorcycle wave. Searching through the thousands of photos from that day taken by the many roadside photographers along the Dragon, I found him tearing up the twisties all the same.

I’m not sure I have what it takes to ride a scooter to that extent, but I still have hands-on experience. My first was in the Bahamas on a rental held together by nothing but duct tape and bubble gum. I’ll never forget my friend riding ahead of me with sparks sizzling behind him as his broken kickstand bounced off the pavement. Aboard our rickety scooters, we rode to parts of Nassua’s New Providence Island that no tourist should, and barely made it back before our ship departed. Another scooter experience happened on a Greek island where I hitched a ride home from a club employee on the back of his scooter instead of the shuttle bus. I’ll never forget the smell and feeling of the fresh Aegean air as we cruised through the twisties.

Despite those memorable experiences on scooters, why do I think it’s taboo to wave at one? Likely because those experiences aren’t what I typically associate with them. The most common interaction and vision I have with scooters corresponds to their utility, individuals riding around town as an affordable way to get from point A to point B. I’ve also experienced what this scooter organized chaos looks like first-hand while in Kathmandu, Nepal, one of the world’s largest motorbike/moped markets,. 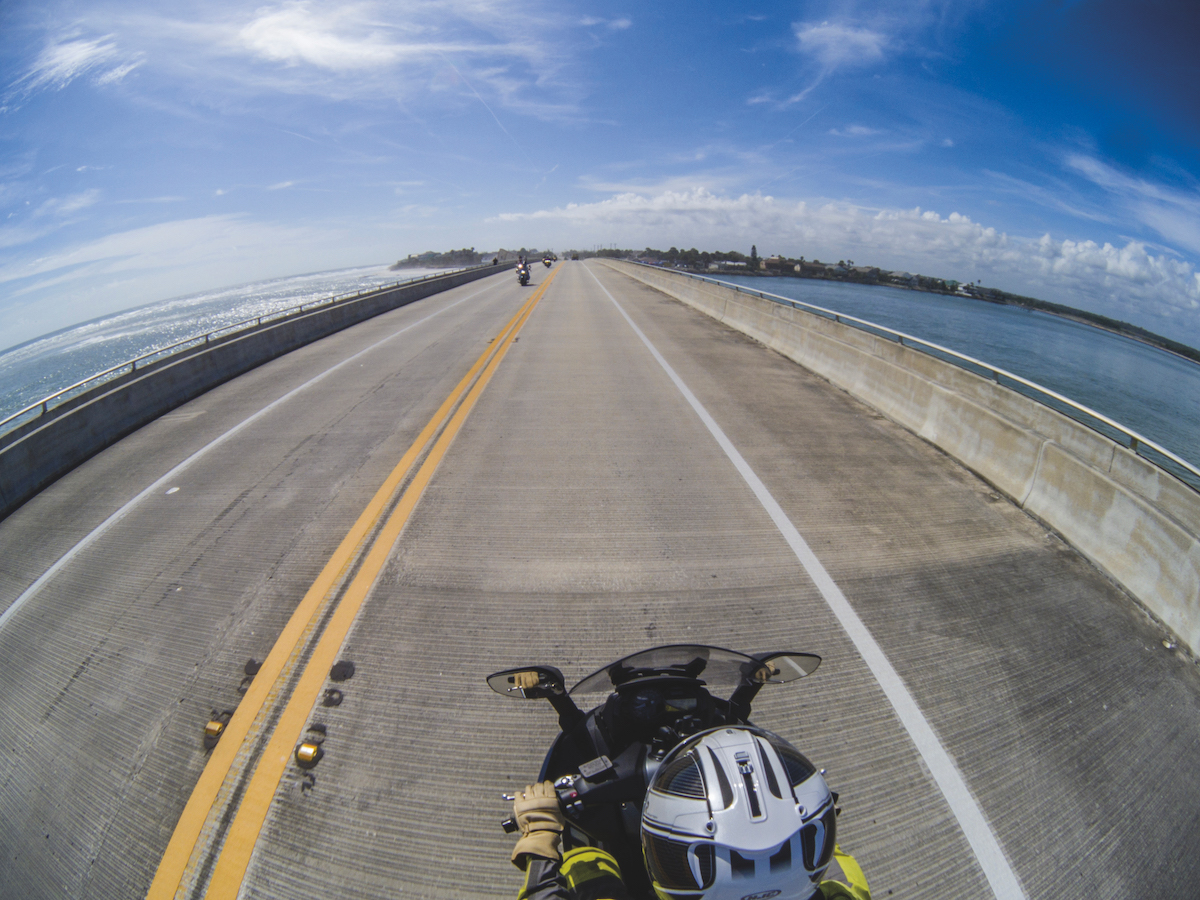 So, it must be the lack of adventure inherent in scooter riding, right? Except the motorbike in Renate’s river crossing quote from Our Trip Around the World refers to a Japanese-manufactured scooter. Renate, along with her best friend, Sigrid Hirte, spent three years in the late 1950s hitchhiking, busing, ferrying, cargo shipping, bicycling and scootering across 14 countries and three continents before turning 30 years old. Their experiences compete with the most adventurous of those I’ve read involving motorcycles, rendering the majority of those almost underwhelming. I felt much more of a connection with them than many motorcycle owners I’ve met who use their motorcycles primarily for commuting. In fact, my experiences on scooters in the Bahamas and Greece have more in common with my own motorcycling than anything in a utilitarian fashion. That core commonality is an important one: a sense of adventure and seeking new experiences.

Two-wheel motorized transportation is one of my favorite means of satisfying those desires, and I suspect it is the same for Hammy Tan, the old man at Tail of the Dragon and the young man today on a scooter.

I finished the impressively fast inflation of about 10 psi to both the front and rear tires, validated by the F 650 GS’s Tire Pressure Monitoring System. Sensing a desire to explore and find adventure in my scooter friend, I honked and waved as I made my way out of the parking lot. While a motorcycle and a scooter may not have enough in common to warrant a connection, we as the people using them certainly do. 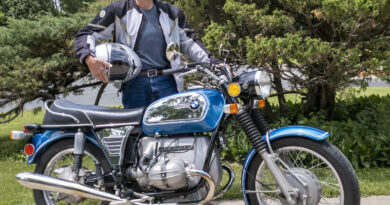 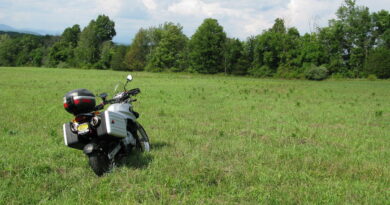 Where the road ends 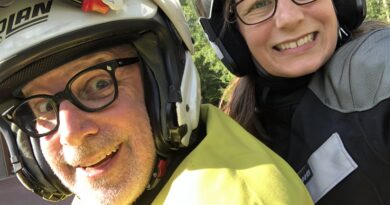