In a recent MOA newsletter, the nameless cog-grinder who writes the copy had recently looked at a web page with a list of motorcycle-related songs on it. Choosing one from the list, Mr. Cog added it to the newsletter and asked a simple question: “Is this the greatest motorcycle song of all time? If not, what is?”

Saxon, “Motorcycle Man” – this is the song mentioned in the newsletter.

MOA members immediately started pummelling Mr. Cog with better choices. Everybody should note that Mr. Cog never said “Motorcycle Man” was his favorite! No, his favorite motorcycle song is “Bad Motor Scooter” by Montrose and featuring the one and only Sammy Hagar! John agrees, clearly showing his refinement and taste.

Dave says, “Though one needs a bit of background knowledge to see it as a motorcycle song, my vote is for” Rush, “Ghost Rider.”

Another reader suggested Bob Seger & the Silver Bullet Band, “Roll Me Away,” which actually has motorcycles in the video.

A number of readers called into question the ancestorhood of Saxon’s members, saying anything would be a better choice. For example, Andrew pointed out THREE choices, including Bruce Springsteen, “Born to Run.” Really more a car song than a motorcycle song, but if you’re going strictly on feel, Andrew could be right.

However, it is a song by Richard Thompson, “1952 Vincent Black Lightning,” which was by far the most-mentioned choice for best motorcycle song. The huge number of views for this video would seem to prove its popularity. Chris said of the song, “Hands down, best MC song of all time. It’s all about the story. It explains how a certain subset of us humans strangely attribute lifelike qualities to their two-wheel beasts, and how romance develops around that phenomenon. Added to that is Thompson’s amazing musicianship and compelling vocals.  A modern twist on the romantic highwayman folk songs of old which our grandparents grew up on and their grandparents. A singularly impeccable combination of perfectly tuned ingredients.”

Chris and the other members who mentioned this song were right on. What’s your favorite motorcycle song? Post it in the comments! 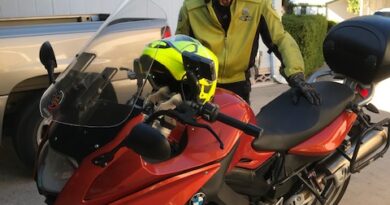 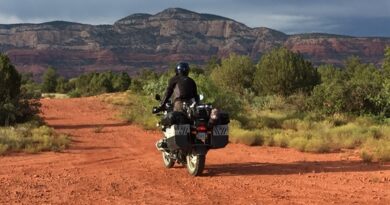 22 states and states of mind 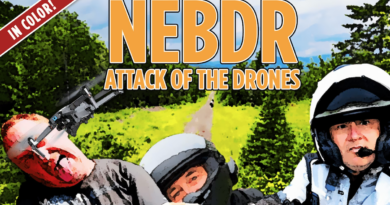 One thought on “What actually IS the best motorcycle song?”