At last count, there are 1,001 different ways to mount smartphones to motorcycles. The majority of these use a variation of the RAM ball, with handlebars, steering stem, mirrors and windscreen braces/brackets as popular mounting locations. While the RAM mounts I’ve used in the past worked well, I decided to try a product from an Australian company called Quad Lock. 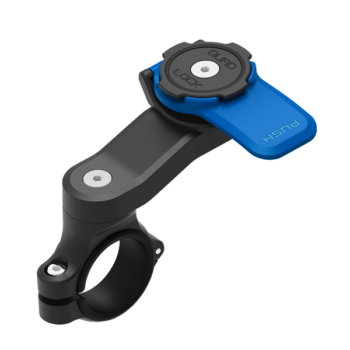 I first became aware of Quad Lock mounts while watching Ewan McGregor and Charley Boorman ride a couple of prototype electric Harley-Davidsons from Ushuaia to Los Angeles in Long Way Up. During their 13,000 mile trek, they negotiated some of the world’s worst maintained “roads” that, at times, seemed to beat them and their equipment into submission. I got thinking if the Quad Lock could keep their $1,000 phones secure under those conditions, it would more than satisfy my needs. I was sold.

Based in Melbourne, Australia, Quad Lock has been making mounting solutions for smartphones since 2011. Their patented design features a dual-stage locking mechanism that secures the phone to the mount, but can still be easily attached or detached with one hand. Phones can also be mounted in portrait or landscape orientations using one of their cases or, as an alternative, using a Quad Lock universal adapter and your own phone case. They also offer a range of accessories, including a vibration dampener, wireless charger, USB charger, as well as spacers, extension arms and adaptors to ensure optimal placement of your phone.

I ordered the Moto Mount Kit – All iPhone Devices; it comes with a case, mount (for 32mm bars), extension arm, bar spaces (for 22mm, 25mm and 28mm bars), and an Allen key. I also two other add-ons: 1) a vibration dampener since Apple now warns that “high amplitude vibrations…generated by high-powered motorcycle engines” could damage the camera’s image stabilization sensor; and 2) a separate black lever instead of the trademark blue lever to make the Quad Lock less conspicuous in the center of my F 850 GS handlebars. (Note: Because I had previously moved my GPS above the TFT screen and installed bar risers that replaced the BMW handlebar bridge, I was able to use this as my preferred mounting location.)

I’ve ridden a little over 1,000 miles with the Quad Lock, and although I have yet to ride in conditions approaching what McGregor or Boorman experienced. The Quad Lock works as advertised and has been rock solid; I know my phone isn’t going to budge regardless of how far afield I go. Whether it’s the location I chose to mount the phone, materials used by Quad Lock in the manufacturing process, the motorcycle itself, or a combination of all these, my phone is completely vibration-free. I also appreciate the simple and clean design of the mounting hardware and the case, which is extremely durable and has protected my phone from a couple of accidental (non-motorcycle related) drops.

With prices ranging from $44.90 for the RAM ball universal mount to $69.90 for an Apple, Samsung, Google and Huawei phone case and mount, I think the Quad Lock is a great deal. As a basis of comparison, Apple sells cases with a median price of $64. With the extra lever, my total came to $89.85. Additionally, once you have a case or the universal adapter, you can buy accessories to mount your phone in your car or on your bicycle; I liked it so much I later purchased one for my car.

Since Apple themselves have recently stated mounting an iPhone to a “high-powered motorcycle” could damage the device, it’s a good time to be in the market for a versatile, exceptionally well-made and competitively priced phone mount. Check out Quad Lock at quadlockcase.com. 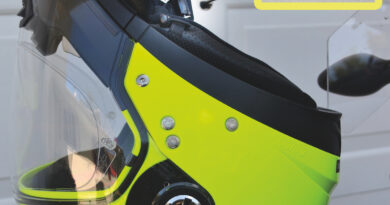 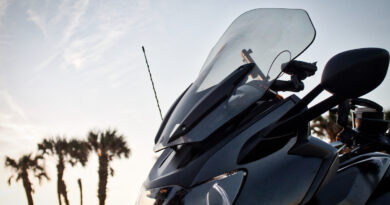 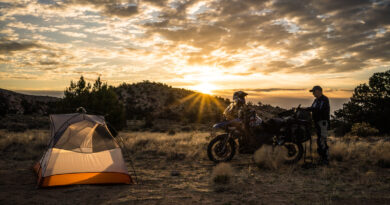