In keeping with my recent column about the benefits of telling on ourselves (Kicking Our Own Tires), I’ll share a mental lapse of my own. This happened almost two decades ago, but it has remained the most dramatic example from my entire riding history. Oddly enough, the distress involved etched the event indelibly in my memory, even though my mind was definitely not functioning properly at the time. (Apologies to those who’ve listened to the discussion portion of the podcast version of the above-mentioned article; you’ve already heard a summary of this ordeal.) 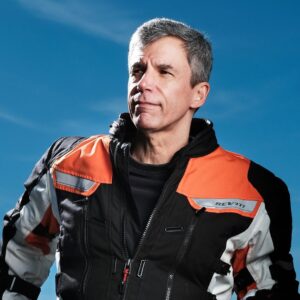 As part of a previous magazine gig, I got an assignment to cover the late Larry Grodsky’s Stayin’ Safe training tour just two days before I’d have to leave Knoxville, Tenn., to get to its starting point in Warrenton, Va., 450 miles away. I was thrilled to go, being in dire need of a road-riding skill tune-up as someone re-entering the street scene after several years playing almost exclusively in the dirt. One-way to Warrenton would double my street mileage thus far that year, and equal what I’d logged the two previous years combined. I barely had time to get my Honda SuperHawk prepped for the trip and triage the rest of my week’s work at the office. I could barely sleep due to excitement and having so much to get done. All my frantic activity allowed only the dimmest awareness of trepidation about embarking on four whole days of riding (two on tour, and one each to and from Warrenton) after being out of the saddle for so long.

Listen to this column as Episode 15 of The Ride Inside with Mark Barnes. Wes Fleming, host of Chasing the Horizon, joins Mark for Part 1 of their discussion about preparing for a long trip by motorcycle. Part 2 is in the episode The Last Ride (Ep 16). Submit your questions to Mark for the podcast by emailing podcast@bmwmoa.org.

I’d generously allowed myself an entire day to travel those 450 miles, almost all on interstates. Easy, right? The weather upon departure was gorgeous and I was bursting with enthusiasm. Disappointingly, the miles didn’t pass as quickly as expected. I had to stop—a lot. My bones, tendons and bladder had apparently changed significantly since my last day-long ride. I knew my muscles would be out of shape—you know, those mysterious ones used for nothing other than riding that identify themselves with piercing clarity during the first long voyage at each season’s start. This was different; those muscles didn’t scream until the next day. Instead, my joints were on fire. My hamstrings had shrunk to what felt like only a few inches in length. My head grew numb. Before long, I had to rest a half-hour for every hour of riding just to revive myself from the stiff and stuporous state into which I’d repeatedly devolved. Adding to my misery, traffic was thick and slow the entire length of I-81, which encompassed most of my route. 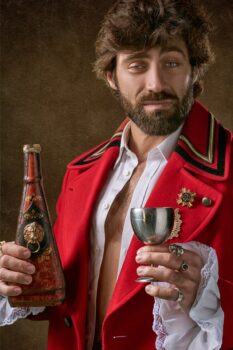 By dusk, I’d finally made it to the endpoint of my interstate droning: New Market, Va. There, I’d at least enjoy the relief of switching to a nice curvy road (US 211) through some mountains on the last leg of my journey. SuperHawks are gas guzzlers with small tanks, so I topped off just to be safe. You never know what you’ll run into in uncharted territory. Maybe I’d also save a gas stop the next morning. After all, it’d become abundantly clear I needed as much rest as possible. I congratulated myself on this forethought.

The first few miles were indeed refreshing. Although I was physically shot, the change of pace and scenery restored some mental acuity. The sunset was beautiful as I entered the dense forest at the foot of the mountains, but when I asked my bike to climb the first rise, it balked with a burp/hiccup/backfire that sounded completely unfamiliar. Moments later, a miss, and then another. When I opened the throttle quickly, a cacophony arose from the engine bay like a jackhammer duet. I went easy. Great!! A breakdown was the last thing I needed. I’d miss my tour, have to somehow get my ailing bike home, and sleep in the wilderness without provisions on what was quickly becoming a very chilly night.

I pulled over to take inventory. No sign of anything out of place. Maybe I’d gotten some bad gas and would just have to burn through it. I pressed on, but the big V-twin ran worse and worse. I eventually lost one cylinder altogether, and the other was good for only 30 mph. Whenever I slowed down, it stalled completely, and each time it was harder to restart. I desperately wanted to reach Warrenton, but I was merely halfway there. If I stopped where I was, I’d be equally far from help in either direction. 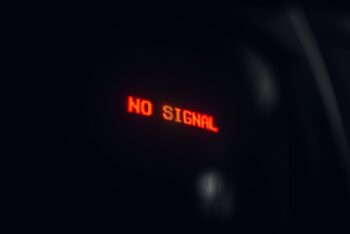 Did I mention there was no cell signal?

Just then, as the breeze changed direction, I smelled it. It was a sickening odor, not because of what it did to my nose, but because of what it meant. It was the smell of a tractor-trailer, a bus, or a bulldozer. A diesel engine. Yet mine was the only motor on this road for many miles. My heart sunk into the pit of my stomach. I must have filled my tank with diesel in New Market. I pictured my pistons with huge holes in them from what I realized had been the sound of horrific detonation earlier, although its extraordinary intensity had made it unrecognizable to me then.

I looked down the mountainside behind me. Sure enough, I’d left a crop-duster-esque trail of thick, billowing smoke. My poor bike. Poor me. Unbelievably stupid, idiotic, #@&% ME!! I’d never done that before, nothing even close! Fortunately, I’d only put in two gallons; the rest of the tank contained premium. I recalled a little “last chance” gas station 20-some miles back, and figured it was the closest place where I might drain and refill my tank. Thanks to Saint Honda, I managed to limp all the way there. They had no siphon, but I was able to improve the ratio in my tank with an additional gallon of high-test. That got both cylinders firing, and—as long as I kept my revs up—the bike didn’t stall. I ventured back through the deserted, pitch-black mountains, scared and freezing.

I made it into Warrenton, wrung out and bleary-eyed, at 7:00 pm, and with astonishing luck, happened upon Blalock Cycles, which was just closing. They took pity on me, vacuumed my tank and sold me new plugs. I filled up at the station next door, insisting on gasoline. After a few more stumbles, my bike was her old self again, apparently none the worse for wear throughout the rest of the trip. Amazing, to say the least. 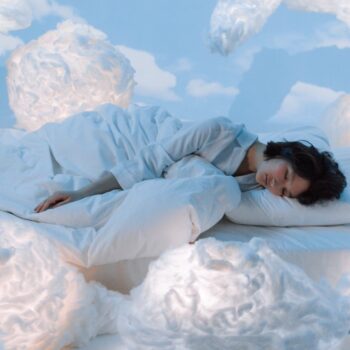 Looking back on this near-catastrophe, it’s absolutely inconceivable to me I mistook the diesel pump for premium. It’s also unbelievable I didn’t recognize what was happening and turn back sooner. Were I fresh, I’d have disassembled my fuel lines and drained my tank at the “last chance” place, siphon or not. I made one bad decision after another, all because I was out-of-my-mind tired. I recognized I was sore and anxious to finish the day, but I had no idea how seriously impaired I’d become mentally. Part of what gets lost in a state of severe fatigue, as in a state of inebriation, is our perspective on how fatigued (or inebriated) we truly are. Then, thinking we can go on is actually a sign we shouldn’t, but we don’t realize it in the moment.

I was reminded of this story last year when I moved. A surprising number of friends helped, for which I was grateful, but I noticed a stark difference between those who ride motorcycles and those who don’t. The riders were much harder workers, relentless despite no apparent fitness advantage over the others. I imagined several might soon need an ambulance, and made them take breaks. I flashed back to the many off-road outings with kids I’d taught to ride in the “school of hard knocks” provided by numerous mud pits and rock gardens covering nearby mountains. There were only two kinds of students: those who tenaciously endured intense frustration and bodily impacts, and those who quit dirt bikes after one or two such adventures. Riding is often a demanding activity, cognitively, physically, and emotionally. Maybe it both attracts more vigorous souls and weeds out the relatively faint-hearted. This distinction is observable in other situations that come to mind, too; if you need a tough job done, ask a motorcyclist.

Before we take this as straightforward evidence of our hard-core fortitude as riders, we should seriously consider its dark side. We can push ourselves beyond all reason, neglecting adequate preparation and basic self-care, and creating unnecessary peril in the process. Injury, whether on a backroad, trail, or moving truck ramp, is not necessarily a badge of courage; it could well be a mark of regrettable—and potentially tragic—foolhardiness.

As the riding season resumes across more of the country, we all need to take stock of our condition soberly and realistically. It’s easy for pent-up excitement to delude us into thinking we can immediately pick up where we left off last year. Even without extensive deterioration of body and mind, our skills will be unavoidably rusty and our stamina reduced. Human beings aren’t particularly good at self-assessing their mental state; when the instrument being measured is simultaneously the one doing the measuring, all sorts of errors are not only possible, but likely. It’s best to ease back into the saddle and give our internal systems time to adjust and regain their strength.

We motorcyclists are capable of incredible things both heroic and humiliating. 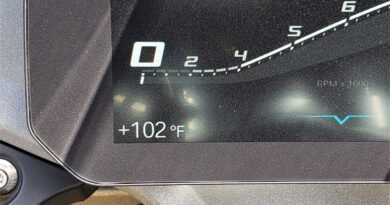 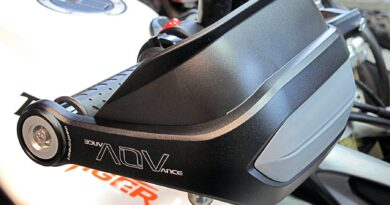 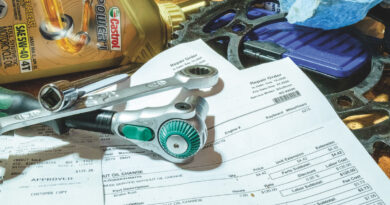 One thought on “Brain fade”