Every generation has its own apocalyptic fears based on the events and possibilities of its era. This fact can be employed in arguments minimizing the threat du jour as just one more passing fad we needn’t take seriously. While this line of reasoning offers some comfort, it would be a logical fallacy to take the lack of nuclear holocaust when I was doing bomb drills in elementary school as evidence there’s no reason to worry about anything like that now. We cannot know just how imminent Doomsday might be, but it does seem the stakes keep getting higher and the number of potential cataclysms continues to rise. 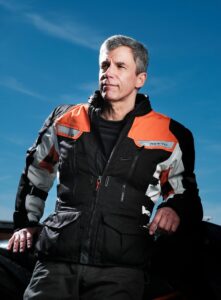 Additionally, each of us has our own shelf-life, regardless of the planet’s longevity. It’s a harrowing reality few of us can contemplate for more than a minute, but our unique final hour may have already begun. Astronomical odds don’t keep accidents from happening, disease processes quietly advance unnoticed, and unfathomable disasters constantly occur somewhere, whether created by nature or humankind. There’s a maxim some advance in the face of such existential uncertainty: Live every day like it’s your last, because it might really be. The idea is we would then do only the most important things, cherishing and using opportunities we otherwise thoughtlessly take for granted and put off until some undefined time in the future, a future we may not live to see. This seems like a good way to get our priorities straight, make the most of our lives, and have fewer regrets when Death finally knocks on our door, until we really think it through.

I’m not suggesting anyone should ignore their own mortality. Death is a limit that gives life part of its meaning, forcing us to decide how we’ll spend the finite resource of time, and throwing what matters most into sharp relief (assuming we do any reflecting on the matter). On the other hand, a preoccupation with loss can obliterate what joy might otherwise infuse existence, replacing it with terror and despair. It’s hard to imagine that, on the eve of their execution, the doomed on death row can taste anything, much less savor the aromas and textures of their favorite meal. If I knew our destruction was certain and soon, I would absolutely huddle with loved ones, but it would not be a happy gathering.

Listen to this column as Episode 16 of The Ride Inside with Mark Barnes. Wes Fleming, host of Chasing the Horizon, joins Mark for Part 2 of their discussion about preparing for a long trip by motorcycle. Part 1 is in the episode Brain Fade (Ep 15). Submit your questions to Mark for the podcast by emailing podcast@bmwmoa.org.

Short of dying, we’re faced with countless other endings, both voluntary and involuntary. As motorcyclists, declining health or the aging process may deprive us of the physical strength, reaction speed, vision, or other capacities required to ride with a reasonable degree of safety. A financial crisis may make owning a bike no longer affordable. Needs of family members may make the undeniable risks of riding impossible to reconcile. While many of us will never recognize our final ride for what it is, some will know all too well. Surely, such outings must be intensely bittersweet.

People make bucket lists, hoping to fulfill as many dreams as possible before their time runs out. I assume everyone reading this has at least one riding fantasy of this sort. It might be some epic cross-country adventure or the reunion of a special group of buddies. Perhaps it’s a sentimental pilgrimage, near or far, to a personally sacred route or place. Maybe it’d be an attempt to recreate an idyllic trip already taken, when the scenery, weather and bike involved were all stunningly superlative—or just the opposite: an effort to replace the memory of a catastrophic outing with a victorious revision. Any such ride would no doubt be infused with rich emotion, but could it really bear all the weight of finality? Of course, this would depend on the individual, but I can’t conceive of any ride I’d feel satisfied with as a Grand Finale; nothing could orchestrate all my most beloved elements into a suitably climactic symphony.

If I were to apply the aforementioned maxim to my riding, the effect would be counterproductive. In order to enjoy any ride to its fullest, I need an unlimited time horizon ahead (at least in my mind). Otherwise, the pressure to make every moment count would rob said moments of any chance they might have had to bring me pleasure. I’m reminded of an old job so onerous my dread of Monday mornings started kicking in on Friday evenings; weekends became an anguished process of watching my precious time “off” dwindle relentlessly with every tick of the clock. How could I not feel the same way while those tenths kept turning on the odometer during my final ride? 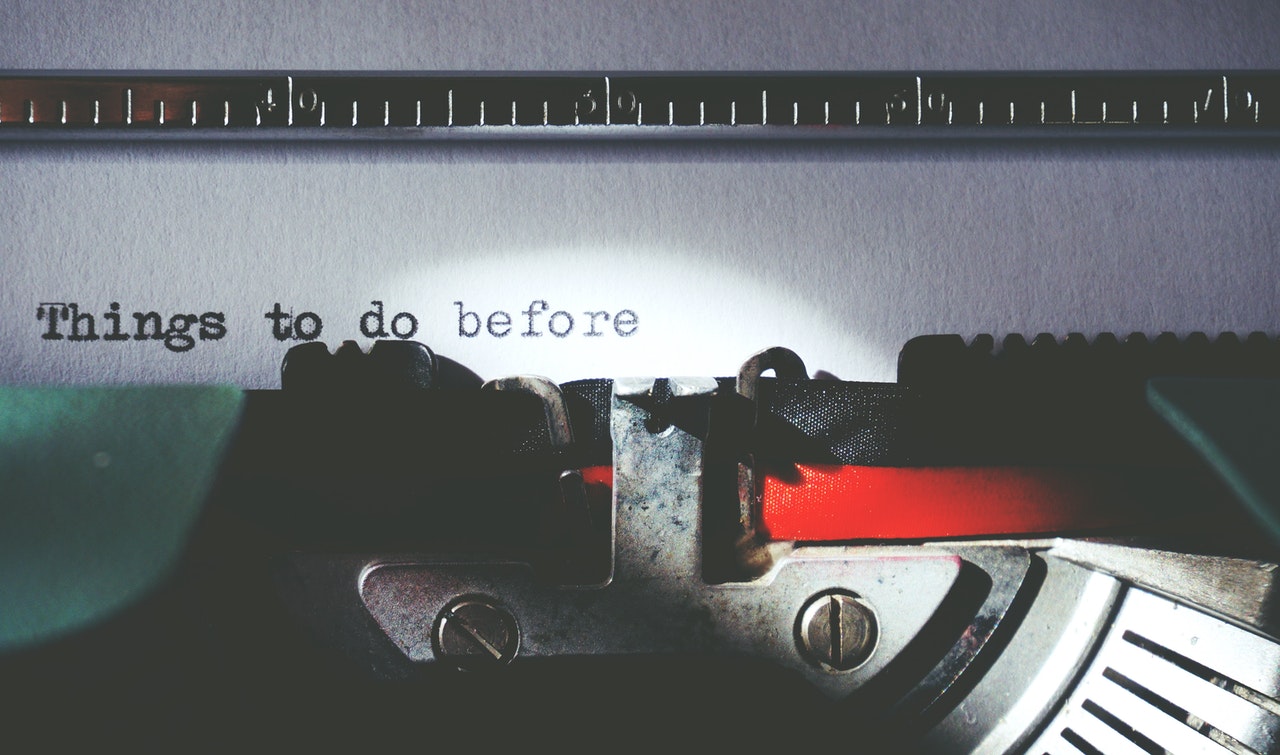 Something similar happens around and during riding droughts. If I know I’ll be unable to ride for an extended period because of weather, travel, obligations, or whatever, I become fiercely determined to squeeze in a ride before the window of opportunity closes. The outing that results can sometimes feel more compulsory than recreational, making it a disappointing token. Likewise, when an unexpected day of freakishly dry, sunny warmth arrives in the midst of cold, wet winter, I’m typically faced with two choices: a) frantically scramble to get out on two wheels, despite my lack of preparation or the calls of duty elsewhere, or b) forego the golden opportunity and resentfully carry on with my routine responsibilities. The first option can yield a seriously flawed experience, since undone planning may have been required to add a companion or take the preferred machine, and the anticipated excitement or relaxation may end up contaminated by worries about what’s now being left undone at home or office. The second option can be ruined, too, with distraction and frustration precluding efficient productivity, the supposed payoff for my sacrifice. I’ve taken both paths, and the second is definitely worse, when the day ends with neither a ride nor much accomplishment. As the saying goes, “A bad day on a motorcycle is still better than a good day at work.” While not always true, there’s a good reason for the adage.

What about the first ride of spring? As exhilarating as it can be to emerge from the dreary deprivation of winter once again, climbing back in the saddle can bring unwelcome discoveries. The bike doesn’t run right, our concentration and reflexes are dulled, or muscles we use for nothing else have atrophied and joints stiffened. All the longings and tensions, coiled so tightly as the bitter months dragged on, now strain for rapturous release during our initial outing, but the glory usually falls short. Even if everything goes well, no single ride can quench the accumulated desire; satisfaction must be amortized over the coming weeks and months.

How could anyone ever expect to extract gratification commensurate with the life-altering significance of a last ride? I doubt it’s possible. Not even close! Perhaps the fortunate soul is able to relish a note or two of the chord, or even a verse of the song. Though profoundly limited, this may still be a profound event, destined to occupy a legitimately exalted place in the temple of nostalgia. It seems to me the best anyone can actually do or hope for in the end.

Given this reality, I might need to rethink my position on approaching each ride as though it’s my last. If I aim to hit just a small but priceless target, accepting its incompleteness, transience, and lack of purity—if I grieve the absence of perfection and permanence in this activity as in all activities – then it can unfold in a way both beautiful and genuine. This is the ideal approach to much of life, and the last ride (either actual or merely potential) should be no exception. Then it’s okay each outing can contain only a dose of the treasured elixir, the entirety of which must be distributed in drops and gulps throughout our riding lifetime. We cannot consume it all on any one ride, or any hundred rides, for that matter.

Maybe there is a good way to consider every ride our last. Let’s just say our Last Ride began the day we first swung a leg over a motorcycle, and we continue it whenever we repeat that motion. 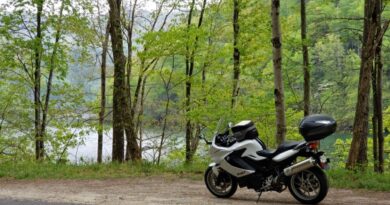 Getting away (at an MOA Getaway) 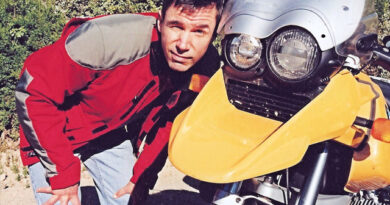 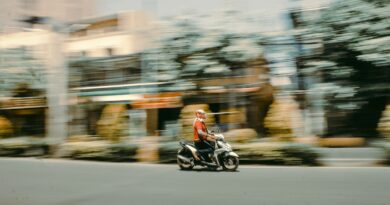