Like so many things, momentum can be friend or foe. When we’re on a roll, getting lots of stuff accomplished, it’s exhilarating how success builds upon success. On the other hand, when an onslaught of Murphy’s Law vectors have converged in quick succession, it’s common to feel demoralized. On our bikes, momentum can carry us through a series of gentle sweepers with effortless grace, or it can make braking for tight, decreasing-radius corners an eye-popping, butt-clenching ordeal. Here I want to talk about another kind of unwelcome momentum—one most of us contend with many days each week, perhaps without even realizing it: stress momentum. 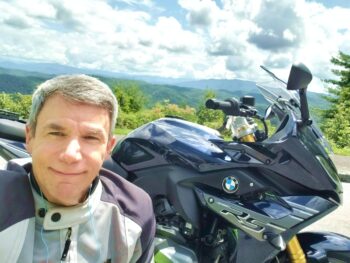 Stress is ubiquitous in modern life. Obviously, there have been stressors present throughout human history, but in the distant past there were periods wherein people could feel safe from certain acute threats. A dangerous animal, for example, would be anxiety-provoking until it had been killed or was distant enough to no longer pose a risk; the same went for an enemy warrior from a competing tribe. Food scarcity could endanger the whole group, but all was well once new supplies were secured. Life involved oscillations between surging fear or aggression and periods of relief. Prey animals of all sorts exhibit a similar pattern and have evolved ways of shaking off (sometimes literally) the instantaneous spike in arousal they need to fight or flee another creature intent on eating them. Their nervous systems return to a quiescent state and they resume their daily activities. Predators don’t necessarily have such an easily flipped switch and may take considerably longer to wind down after an alarmed or aggressive episode. Guess which group we’re in (hint: our eyes are on the front of our heads).

Listen to this column as Episode 20 of The Ride Inside with Mark Barnes. Submit your questions to Mark for the podcast by emailing podcast@bmwmoa.org.

The Ride Inside with Mark Barnes is brought to you by the Motorcycle Owners of America Foundation. Find out more by clicking the graphic below.

In all these illustrations, the creatures involved are dealing with concrete dangers that emerge and subside. What makes the modern world different for human beings is the proliferation of abstract dangers that impinge upon us in sustained ways. This is partly a function of the countless complexities of a technology-infused existence wherein we’re perpetually bombarded with information, the vast majority of which has no real or immediate impact on our lives, except in our imaginations. It’s also partly a function of our ability to dwell on memories, possibilities, and distant events that carry powerful emotional charges, despite their lack of relevance to our present situations. In the absence of any current, actual threat to our wellbeing, we can be twisted up in knots of anxiety about the past, the future, or someone or something far, far away. We conjure the related imagery (deliberately or reflexively) and our nervous systems respond with a level of arousal appropriate to the remembered or imagined threats, resulting in a disconnect between our emotional state and our immediate circumstances.

Now, I’m not criticizing anyone (including myself) who experiences this mismatch; it is absolutely normal, albeit far from ideal. For example, while it makes sense to feel concern about retirement savings and take steps to guard against a destitute future, we derive no benefit from losing sleep about it tonight. A past trauma understandably creates lingering sadness, anger and/or wariness, but these can preclude the arrival of joy and connectedness when such would be safe and realistic today. Worrying about a loved one—or even people we don’t really know—is a natural aspect of caring about others and can provide the impetus for altruistic efforts, but when it manifests as rumination that eclipses our awareness of positive developments around us, it can do as much harm as good. We need to be able to feel distress when such arousal provides the needed energy to protect ourselves and advance our interests, but we also need to be able to take breaks from this state when not under threat.

Our nervous systems contain two large-scale components, the sympathetic and parasympathetic branches. In an oversimplified sense, the former is activating, the latter deactivating. Without getting into the anatomy and neurophysiology of these sub-systems, what’s important in this discussion is that chronic sympathetic overarousal—an uninterrupted stress response—occurs when all the spaces between concrete/immediate threats get filled with abstract/imagined threats, thus keeping our nervous systems on high alert and maintaining an agitated, and ultimately exhausting, mental and emotional condition. Perhaps the worst part of sustained overarousal is the way it builds on itself. If the alarms sound frequently enough, they can eventually just stay on regardless of anything happening around us. At the very least, the more often they sound, the more easily they’re reactivated going forward. We can develop such a readiness to become scared and/or aggressive, other emotions rarely get any chance to occur. This is the hell endured by people with serious anxiety disorders, like PTSD. 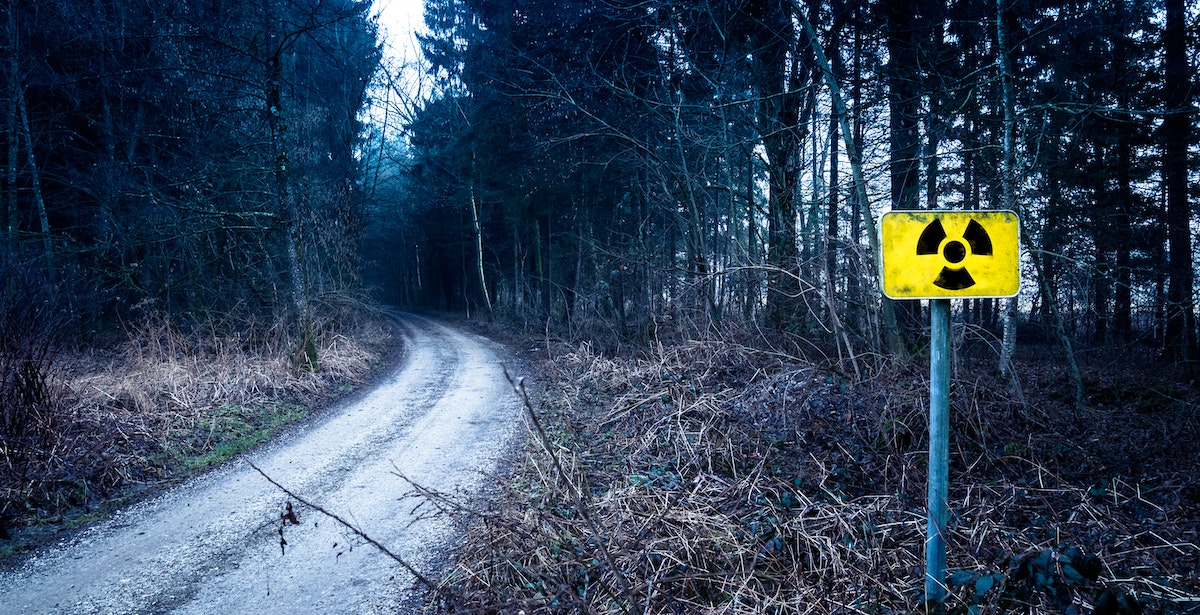 We need ways to engage the parasympathetic portion to restore balance and disrupt the steady accumulation of anxiety, along with all its problematic effects on our mood, concentration, judgment, creativity, interpersonal relations, and physical health (to name only a few of the areas negatively impacted). There are many methods for accomplishing this goal, including regular physical exercise, meditation, breathing exercises, and creative or recreational pursuits requiring tightly focused attention on the immediate present (thereby precluding obsessive rumination) without adding even more psychological pressure (e.g., to perform competitively). Motorcycling may fit within this final category, as long as we’re talking about the relaxed/relaxing version and not dodging busy traffic hazards or racing our buddies through canyon switchbacks. Given how riding inevitably involves moments of acute, concrete threat, we must also have ways of resetting our level of arousal after it has been appropriately heightened. Otherwise, we’ll remain shaken and unable to enjoy the rest of our outing, not to mention less able to utilize our mental resources in the event of another encounter with danger.

After a close call, surely all of us have experienced a cluster of normal responses designed to help us fight or flee. These might occur during the close call, as well, if there’s enough time. They kick in very quickly, but we may be so surprised by a suddenly appearing and quickly dissipating hazard that they arrive only after the danger has already passed. I’m talking about a racing heartbeat, rapidly gulping breath, and tensed muscles, all of which would be valuable assets if we were about to evade or engage in combat. Our neurophysiological evolution hasn’t kept up with vehicular advances, so these aren’t ideal responses in the saddle. The best riders/racers may be constitutionally less prone to such reactivity, or they have developed ways of taming it. By the way—our neurophysiological evolution also hasn’t kept up with such stressors as boardroom presentations, tax audits and numerous other elements of modern life wherein fighting or running away are not helpful responses.

When our bodies don’t calm down, our minds can’t calm down, either. The old phrase, “mind over matter,” may be applicable in some other situations, but in this one, our bodies have the leverage advantage over our minds. “Talking ourselves down” is likely to be less effective than intervening at the physical level, which is why cocktail hours exist. Subduing our over-aroused nervous systems with a chemical agent may be quick, effective and reliable, but it’s impractical while riding a motorcycle and comes with another set of drawbacks. If we’re not going to keep our hydration bladders filled with bourbon, what’s a frightened and/or enraged motorcyclist to do?

Here are two simple, practical approaches. First, while continuing to ride, breathe in a deliberate manner, replacing the fast, shallow alarm-state pattern with slow, deep inhalations, followed by a brief hold, and then even slower exhalations, making sure to use your diaphragm to push out as much of the old air as possible. Depending on how much concentration you can spare, you might aim for an exhalation about 1.5-2 times the duration of your inhalation, like breathing in to a count of four and out to a count of six or seven. By doing this you are interfering with the perpetuation of the stress response and purposefully rebalancing the sympathetic-parasympathetic equation, since inhalation is associated with sympathetic activity and exhalation is associated with parasympathetic activity. Of course, this technique can be employed in most any other setting, too, and it’s generally invisible to people nearby.

The second method involves getting off the bike, although some limited version may be possible while still on it. This is called “progressive relaxation,” which is a fancy way of describing the systematic tensing and releasing of each major muscle group in the body. Ideally, a rider might spy a convenient place to pull over and stretch out flat on their back, then proceed to focus on the muscles in their feet, then calves, then thighs, then hips, then abdomen, then upper back, then shoulders, then upper arms, then forearms, then hands, then neck, then jaw, and finally their brow. In each sequential zone, they would initially tense the muscles isometrically (holding the bones still and flexing the surrounding/opposing muscles simultaneously). Flexing the muscles first can allow for a deeper release during the relaxing phase. This also happens to be a good way to ease into sleep for folks who—wittingly or unwittingly—bring significant bodily tension with them to bed. While still riding, it can make a surprisingly big difference to just let our arms and shoulders drop while relaxing our death-grip on the bars.

After some deliberate breathing and muscle relaxing, the body will be in a calmer state, allowing the mind to move in the same direction more easily. Different people will respond at different speeds and to different degrees, depending in part on how high their baseline levels of arousal are, and how much practice they have with these strategies. The more familiar they are, the better they work. Merely scheduling 5-10 minutes of deliberate relaxation in the middle of the morning and the middle of the afternoon can yield a substantial decrease in the amount of tension at the end of the day.

I’ve not yet met someone with a shortage of stress in their life, though I have met some people with well-developed means of decompressing, and thereby interrupting the momentum and accumulation of the stress response. All of us would do well to practice a variety of (non-chemical) means of doing so during our daily routines; our lives in and out of the saddle will benefit greatly. 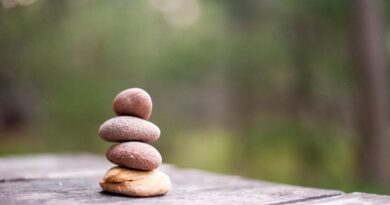 Another peril of motorcycling