Sometimes what a competitor needs is a little help to get up and over the hill. Maybe that help comes in the form of a teammate—or a rival team member—and maybe it just comes from the universe. Today the Men’s Team USA was both giving and receiving the help, and the day ended well.

For the first time in a couple of days, competitors had to break camp after staying at Farma Sotira a second night. They were up and at ‘em early in the morning and set off alongside Women’s Team Mexico and Women’s Team LATAM to head back towards the Mediterranean coast. The day’s route would take them over more mountains as they rode 210 kilometers, 130 of which covered some brutal off-road trails.

Team USA member Ben Phaup woke up feeling like he was having a bit of an off day. Not really knowing why he was feeling poorly, when the teams would stop for a break, he’d put his feet up and rest. The little breaks and self-care must have done the trick; when a member of Women’s Team Mexico needed help getting up a steep, loose hill, in the true spirit of GS he and his teammates Cory Call and Jim Duplease were there to give her a hand.

Team USA also had a great go at both Special Stages today. The first was the Sena Motoball Challenge, where each team member had to ride a tight trials course once again. Midway through the course, they had to lock up their rear wheel and hit a soccer ball through the Sena flag goal posts. Ben went through without crossing any borders and cleanly hit the ball through the goal with one foot dab at the end. Second up was Cory with a clean run and a goal. Jim was the final team member through. He didn’t get the ball through the goal, but he had a clean ride. At the end of the day, they found out this stellar showing on the course was enough to make them the winners of the Stage.

The second Special Stage of the day happened at the beach after the competitors were done riding for the day. Though there was no riding involved, this stage was full of action. Team member one started at the line up on the beach. They had to run down to the shoreline carrying a BMW Adventure tank bag, while the second team member waited at the shore with a stand-up paddleboard. The tank bag was secured under the net of the paddleboard and team member two paddled into the sea, around a buoy and back to shore. When they arrived, team member three took the bag and ran back to the starting line to stop the clock. Team USA put up a spectacular showing, and at the end of the night were once again captured first place for the stage.

There is still more to come, and anything goes. During the evening’s points ceremonies, Tom Weinmeyr—chief marshal of the 2022 International GS Trophy—warned that there are still two more days of competition left, and they are not going to be easy. Help the team out. Make sure you get over to those BMW Motorrad Facebook and Social Media pages and cheer them on! 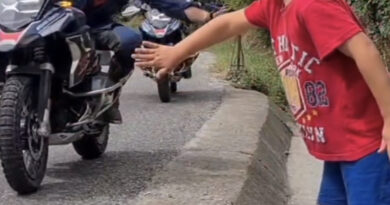 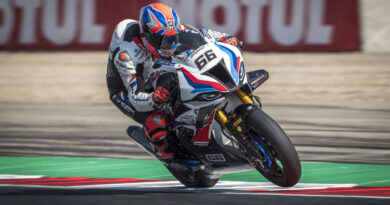 BMW Motorrad at WorldSBK in Magny-Cours 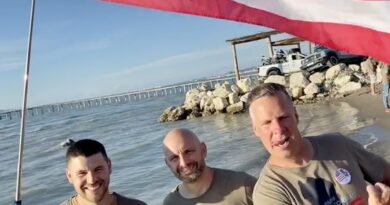