Ben Phaup placed first in the men’s division, followed by Ryan Bottesi and Kirk Graydon. After the Qualifier West takes place later this month, the US GS Trophy team will be settled based on the final scores of the top three male riders overall. These three riders will make up the US GS Trophy Team and compete in Albania in 2022.

Gala van’t Schip placed first in the women’s division, followed by Kate Coit. After the Qualifier West takes place later this month, the US GS Trophy Women’s Team will be settled based on the final scores of the top two female riders overall. The top six teams worldwide will go on to compete in Albania.

After spending Saturday morning finishing up the last of their 20 mandatory challenges, riders gathered at the central tent to relax, hydrate, chat and await the announcement about who would be in the semi-finals. The semis would reduce the field by half and wipe the slate of points clean.

Several of the MOA members competing made the semi-finals, including Wayne Landry and Cassie Maier.

The semi-final run was one of those things where you look at it and think, “Well, my bike might be able to do that, but I don’t think I could!” Riders started across a rock pit – filled with loosely stacked large rocks – then rode up a shallow dirt/gravel hill to make a hard left and drop down through a pipe that wasn’t quite tall enough for everybody to stand. A mandatory stop preceded a STEEP uphill climb into another hard left; missing that turn meant you and your bike would go over the crest and probably crash catastrophically.

A hard right after surviving the climb-and-turn aimed riders at a shaded drop between rocks and trees, followed immediately by having to power their way up a boulder. This combination boulder-drop-and-jump claimed a number of riders, including one who was injured bad enough to drop out. More than one rider needed help getting their bike unstuck from between the boulder and a nearby tree.

The last obstacle for the semi-final run was riding up a rutted dirt hill, then making a serious of sharp, controlled turns. Scores for the finalists were determined by deductions for dabs, hitting cones, going off the course or dropping the bike during a challenge section. It was exhausting to watch, so we can only imagine how taxing it was to actually ride it!

The field was cut in half again and the scores reset to zero for the finals. Because the course for the finals is precisely measured and laid out so it can be used in all the finals all over the world, BMW Motorrad insisted no photos or videos of the finals be posted anywhere on the internet or in print until after all of the GS Trophy teams have been selected worldwide. The only thing we really can tell you is each rider in the finals rode one of four identical R 1250 GS motorcycles, which was a surprise to a few of them who had never ridden a bike that big.

The International GS Trophy 2022 will take place in Albania sometime in the second half of 2022. The exact date is not yet public, nor are the precise locations. There is one more qualifier in the US; it takes place from 30 September in Castaic, California. It’s not too late to sign up! 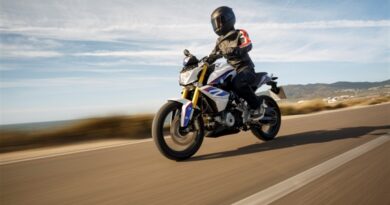 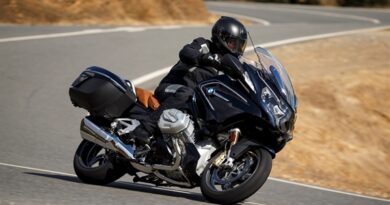 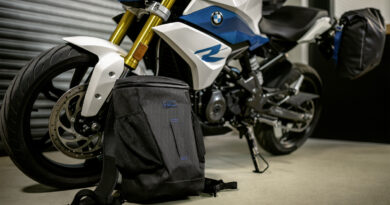