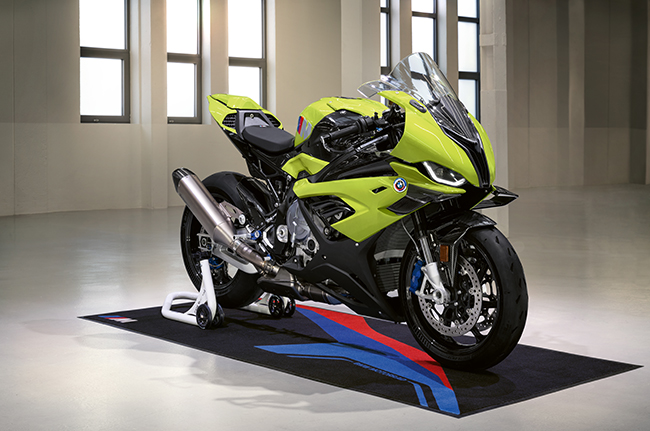 This striking combination pays homage to the spirit from almost 100 years of BMW Motorrad production and from 50 years of BMW M vehicles. To get the anniversary edition, the M 1000 RR should be equipped with the optional 50 Years ///M Package. In addition to the extensive use of M milled aluminum and M carbon parts, this package features a lighter silver anodized aluminum swingarm, M GPS lap trigger unlock software as well as the M endurance chain and passenger seat and seat cover. 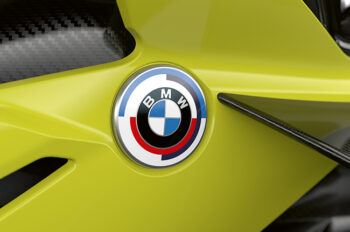 M – The Most Powerful Letter in the World
At the end of 2018, BMW Motorrad unveiled M special equipment and M Performance parts for selected existing motorcycle models. The M 1000 RR, the first BMW motorcycle to bear the M brand name made its world debut in September of 2020.

The letter M is synonymous worldwide with racing success as well as with high-performance BMW vehicles aimed at customers with high demands for performance, exclusivity and individuality. The BMW M 1000 RR delivers on all of these expectations and continues the racing tradition of the BMW M series by being the base bike for the BMW Motorrad World Superbike Team since 2021 as well as being used by many race teams around the world. 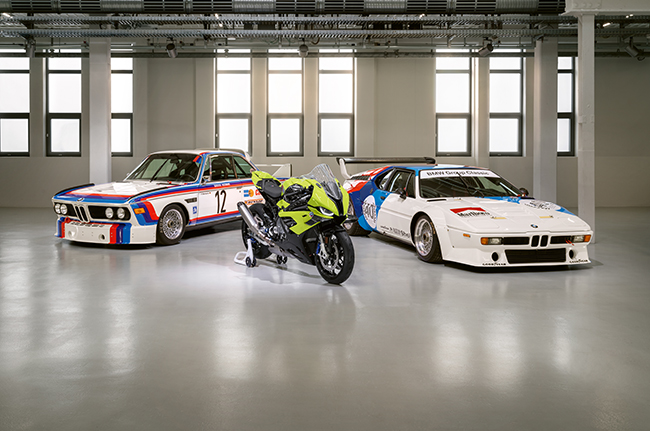 BMW Motorsport GmbH was founded in 1972 with the idea of uniting all BMW motorsport activities under one roof and consolidating the construction of high-performance race cars and race engines. The BMW 3.0 CSL (CSL = Coupe Sport Light) made its debut as the first race car from BMW Motorsport GmbH in 1973. On the occasion of the foundation of BMW Motorsport GmbH, Robert A. Lutz, member of the Board of Management of BMW AG for Sales in 1972, stated: “A company is like a human being. If it does sports, it stays fit, enthusiastic, more effective and powerful.”

The BMW 3.0 CSL made its debut in the European Touring Car Championship in 1973 sporting the three defining BMW Motorsport colors of blue, violet and red on a snow-white background. Today’s updated Motorsport colors are Blue – Dark Blue and Red.

This legendary color combination could be found on BMW M street vehicles which appeared in the second half of the 1970s as well as on successful race cars. Iconic cars such as the 1978 BMW M1 and the Brabham BMW with which Nelson Piquet won the 1983 Formula 1 World Championship.

From Isle of Man to Dakar – BMW Motorrad and motorsports 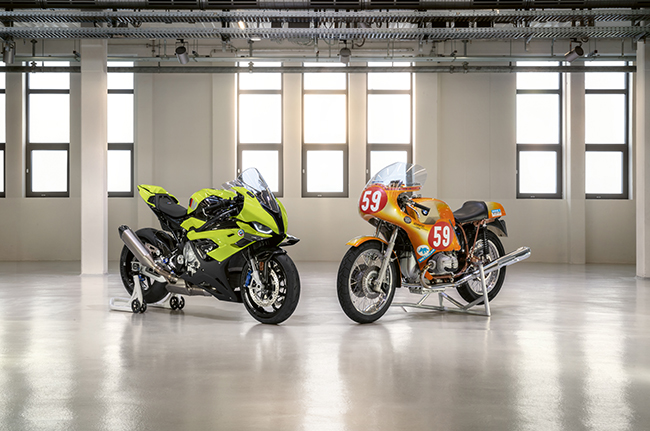 Racing success was not the exclusive realm of four-wheeled BMW vehicles, however. Innovation stems from motorsport and this was especially true in the early decades.

Legendary names from those early years include Ernst Jakob Henne who set no less than 76 world land speed records between 1929 and 1937 on supercharged BMW motorcycles and Georg “Schorsch” Meier who won the 1939 Senior Tourist Trophy on the Isle of Man on his 500cc supercharged BMW. 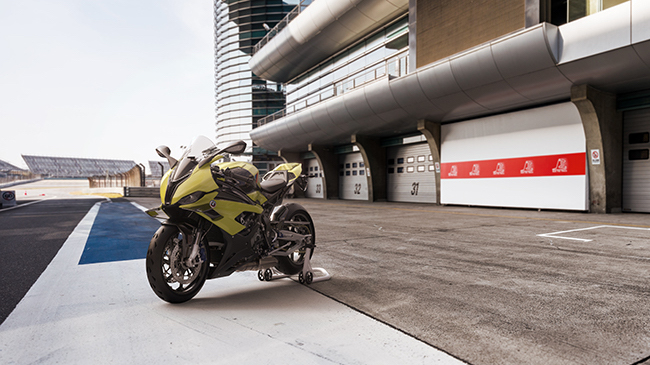 In 1976, exactly 37 years later, Helmut Dähn and Hans Otto Butenuth celebrated fifth place in the Isle of Man Production TT class. They had actually set the fastest time on their BMW R 90 S but due to handicap rules, they were listed in fifth place behind two 250cc and two 500cc motorcycles. Nevertheless, given the fastest time, this fifth place was celebrated like a victory.

Seventy-four years after “Schorsch” Meier’s success in the Senior TT, Michael Dunlop rode his BMW S 1000 RR to victory in the 2014 Isle of Man TT Superbike race. In the following years, the RR would go on to leave its unmistakable mark on the TT with more victories.

BMW M colors would also be represented in off-road conditions such as the Paris-Dakar rallies of the early 1980s which were dominated by BMW GS factory riders Hubert Auriol and Gaston Rahier.

Like no other BMW motorcycle, the M 1000 RR 50 Years M model carries all of this historic motorsport DNA within it. 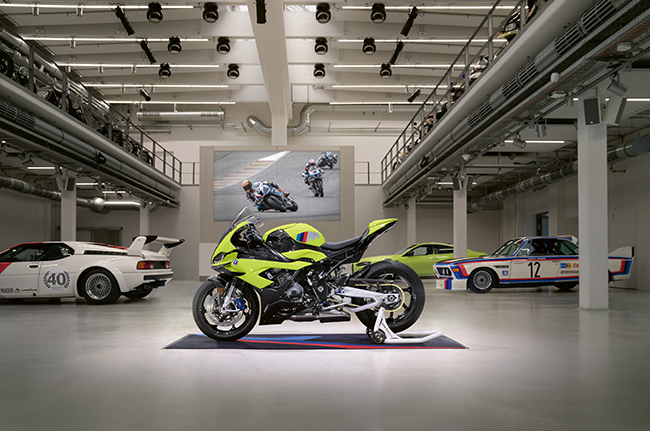 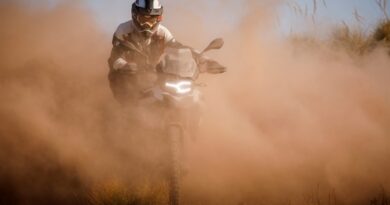 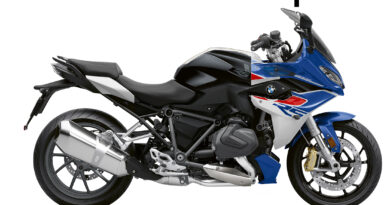